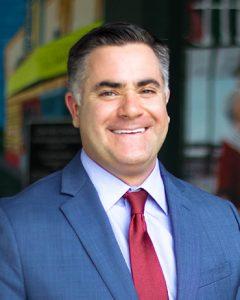 Eric Haik is a native of New Iberia and the youngest son of three of his colleague and father, Theodore M. Haik, Jr. Eric is a graduate of the University of Louisiana at Lafayette, where he actively participated and served as President of the Sigma Nu Fraternity. He was also active in the University’s Inter-fraternity Council. He earned his Juris Doctorate degree from Southern Law Center in 2002. Eric has continued his education since graduation with annual attendance at numerous legal training seminars on various aspects of the law.

Eric has served as President of the Iberia Cajun Kiwanis Club and has recently graduated from the Leadership Iberia IX program, which is sponsored by the Iberia Parish Chamber of Commerce.

Eric’s legal practice consists of a very diverse workload, including Federal criminal defense where he is a panel member of the Western District Federal Indigent Defender Board which consists of criminal defense attorneys that are appointed by the court to represent and defend persons who are unable to afford an attorney in the Federal Court system. Eric also practices workers’ compensation, maritime, personal injury/accident, business, and contractual law, state court criminal defense, and third-party hospital collections law. He is admitted to practice law before all of Louisiana State Courts as well as the United States District Court for the Western and Eastern District of Louisiana.