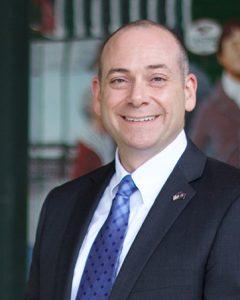 Theodore M. “Trey” Haik, III is a native of New Iberia and a 1994 Graduate of the University of Southwestern Louisiana where he obtained his B.A. in Political Science, with a minor in History. While attending USL, Trey was a member of the Sigma Nu social fraternity. Trey received his Juris Doctor and a Certificate in Environmental Law from Tulane University School of Law in 1998. While in law school, Trey acquired practical experience as a law clerk in the areas of municipal law, ordinances, and zoning while working with the firm of Ansardi, Maxwell, and Powers and also served as an intern for U.S. District Judge G. Thomas Porteous, Jr. in New Orleans. After graduating from Tulane, he served as a law clerk in the Twenty-Fourth Judicial District for Judge Henry G. Sullivan. As a law clerk for Judge Sullivan, his duties included drafting jury charges and verdict forms for both criminal and civil trials, general legal research, drafting judgments and reasons for judgment, and assisting with jury selection.

In 1999, Trey returned to New Iberia to begin private practice. He is admitted to practice in all of the courts in the State of Louisiana, the United States District Courts in the Eastern and Western Districts as well as the United States Fifth Circuit Court of Appeals. Trey is currently engaged in general trial practice with a caseload that consists primarily of personal injury, maritime, and insurance defense. Trey is a member of the Louisiana State Bar Association, the Council On Litigation Management, and the local chapter of the Inns of Court. He is a graduate of the Leadership Iberia program and is past President of the Cajun Kiwanis Club of New Iberia. He also serves on the Board of Directors for Iberia Habitat for Humanity. Trey is married to Jeanne Arceneaux-Haik and has two sons, Evan and Elliot.