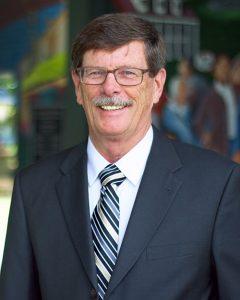 Leon J. Minvielle, III is a native of New Iberia, Louisiana, and is a graduate of the University of Louisiana at Lafayette (formerly the University of Southwestern Louisiana). He earned his Juris Doctorate degree from the Paul M. Hebert Law Center at Louisiana State University in 1973. Leon has continued his education since graduation with attendance at numerous seminars on various aspects of the law.

Leon has also served as an officer in the Louisiana Army National Guard. He went through basic training at Fort Polk, Louisiana, and officer candidate school at Fort Benning, Georgia. He also had training at the red-eye guided missile school Fort Bliss, Texas.

Leon is a licensed title insurance agent (34 years) and is associated with American Title Company in New Iberia. Leon is approved as a loan closing attorney for most commercial and private lenders in Acadiana.

Leon is admitted to practice before all of the State Courts of Louisiana as well as the United States District Court for the Western District of Louisiana.

60% of Practice Devoted to Litigation